Founder of Darnton & Hersh Fine Violins as well as Midwest String Rentals, Stefan Hersh brings a unique confluence of skills to his role as president of the companies. As a violinist he has held key positions in major orchestras such as the Minnesota Orchestra and the Vancouver Symphony. As a chamber musician he has performed nationally as a member of the Callisto Ensemble, the Chicago String Quartet and at numerous music festivals. As a pedagogue he has served as Associate Professor of violin at DePaul and Roosevelt Universities and has given master classes throughout the United States.

A co-founder of Darnton & Hersh Fine Violins and partner in Midwest String Rentals, Julian Hersh has worked as a violin dealer in the string instrument trade for over 20 years. During that time he has been involved in a wide range of transactions worldwide, ranging from quality French and German instruments to the finest classical Italian masterpieces. In addition to his activities as a violin dealer Julian regularly writes and lectures about classical Italian instruments. His writings have appeared in various publications including The Strad magazine and the Cozio Carteggio.

Concurrent to his involvement with fine string instruments Julian has sustained a performing career, playing throughout the United States as well in Europe and Asia. As a founding member of the Jupiter Trio he won the Gold Medal at the Osaka International Chamber Music Competition and was the recipient of the Samuel Sanders Collaborative Artist Award for a CD of trios by Beethoven and Shostakovich released on the Bridge Records label. Julian has served on the faculty of various institutions including the DePaul School of Music and Roosevelt University.

Michael Darnton, head of the instrument workshop, is a Chicago violin maker and co-founder of Darnton & Hersh Fine Violins and Midwest String Rentals. He is recognized nationally and internationally for his violins as well as his expertise on—and extensive writings about—classical violin making techniques, instrument setup, and adjustment. His articles in the journal American Lutherie are referenced in shops throughout the world, and his online postings on these topics have been widely read.

In addition to his work as a violin maker and restorer, Michael performs setups and adjustments for numerous professional performers and supervises the setups on all shop instruments. For over a decade Michael taught summer violin making workshops through the Southern California Violin Makers Workshop that were attended by both amateur and professional makers and restorers from around the US and from as far away as Mexico, England, Australia, and Hong Kong.

As accounts administrator (office manager), Juli Hudgins brings practicality and accountability to the assembly of musicians and creative folk who make up Darnton & Hersh Fine Violins and Midwest String Rentals. Prior to joining Darnton & Hersh, Juli spent twenty years in the Chicago post-production community where she fine-tuned her client relations and job monitoring skills. As a producer, she is most comfortable working in a creative environment where she can lend her experience and support to both clients and her own team. Darnton & Hersh provides just that environment. Since joining the company in 2007, Juli has grown to appreciate the art and history of the fine instrument world and looks forward to helping her colleagues remain a respected resource for musicians and collectors worldwide.

Roberta Freier handles the front desk at Darnton & Hersh Fine Violins and Midwest String Rentals and is usually the first person visitors or callers will encounter. Roberta is an accomplished violinist and violin teacher who performed with Minnesota Orchestra, Vancouver Symphony and the Rochester Philharmonic prior to moving to Chicago in 1995. Today, in addition to assisting with daily office duties at Darnton & Hersh and Midwest String Rentals, she performs regularly with the Chicago Philharmonic and Broadway in Chicago. As a musician herself, Roberta enjoys interacting with all who come into the shop but especially enjoys working with the families who rent instruments from Midwest String Rentals. 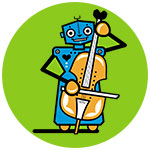 In the past, Midwest String Rentals’ parent company, Darnton & Hersh Fine Violins, periodically sponsored chamber concerts. Now, concerts at 11 East Adams are under the auspices of Guarneri Hall, a vibrant not-for-profit classical music incubator organization. Student tickets are only $10. We welcome you and your young musician to attend. View upcoming events or purchase tickets

Whether it's a rental instrument or your own violin, viola, or cello, you'll want to keep it looking and sounding its best to ensure your continued enjoyment of it. Read these easy-to-follow tips for caring for your instrument and bow. Darnton & Hersh Fine Violins, expert appraisers, restorers and dealers in violin family instruments and bows, offers for sale a selection of violins, violas and cellos ranging from the most exceptional antique Italian instruments to more affordable but fully playable instruments. We also offer bows in all price ranges including those by the finest French masters. D&H is the parent company to, and shares space with, Midwest String Rentals.